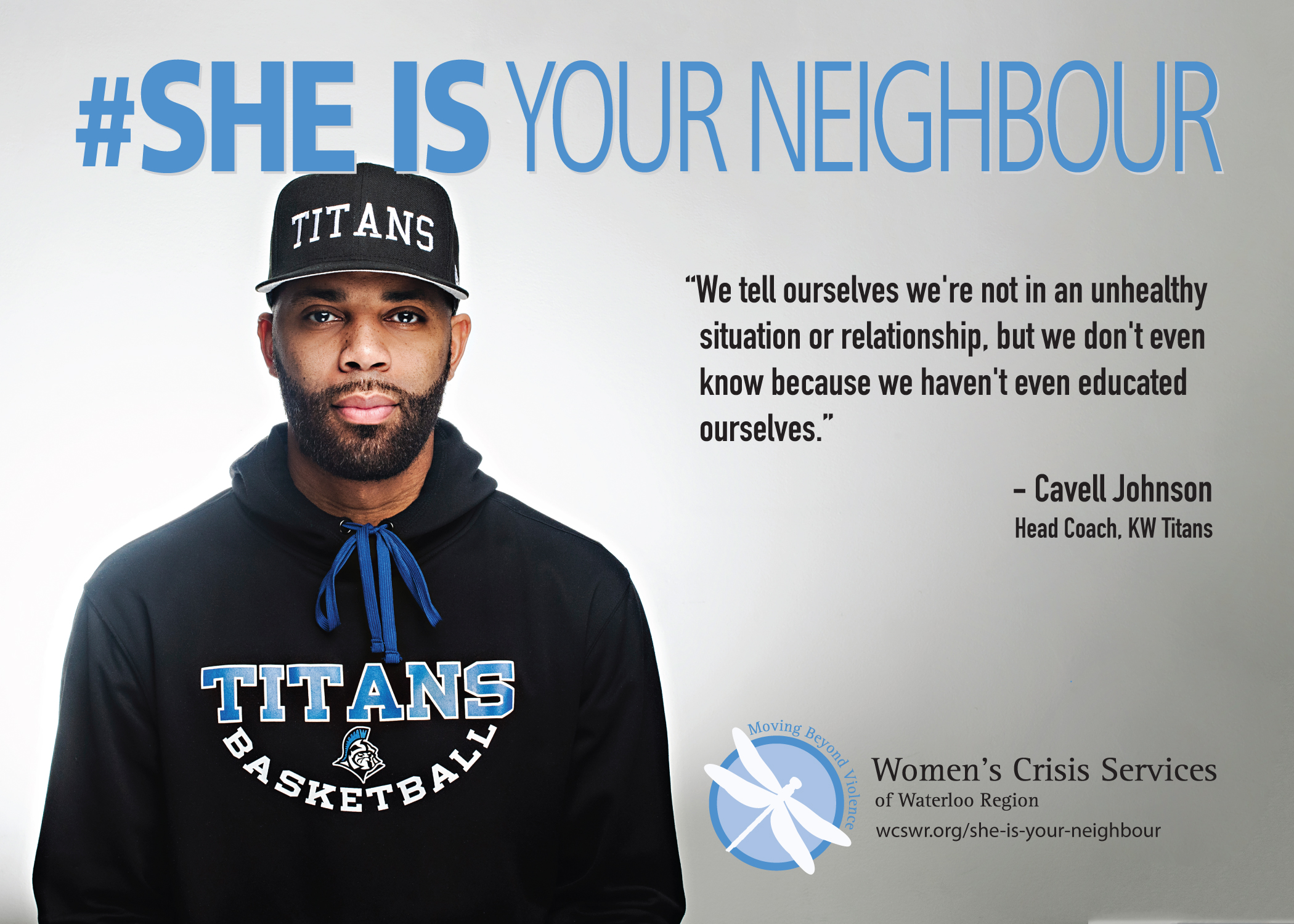 Former professional basketball player, and current coach of the KW Titans, Cavell Johnson has a passion for helping others achieve personal growth and development.

He discovered his innate ability to help others during a transitional period in his own life. After being released from a team in Europe, he was left waiting to figure out where he would play next.

A Passion for Helping Others

Cavell realized that what he genuinely enjoys doing is helping others discover and reach their full potential. This led him to coaching and working with youth.

“I enjoyed the developmental process of working with youth, seeing how you show them something, they work on it, they get more confident at it, and they excel at it. Then they grow up and they want to show someone else how to do that,” he said.

He said he grew up being coached in many different ways throughout his life.

“I’ve now used those different approaches to coaching to help build my own philosophy and approach to coaching, not basketball, but the development and growth of people,” he said.

Helping those around us is also a way to help ourselves grow, Cavell said.

“As we invest in the development of the people around us, you have no choice but to be developing yourself because you’re more cognizant of what’s going on around you and you’re more in tune with your own personal growth,” he said.

He believes that focusing on building relationships also provides the opportunity to build thriving communities.

Cavell grew up in the United States and spent many years living on a farm in Southern Virginia. Although he is not originally from Waterloo Region, he is very fond of his new community.

“This is my home. This is a community that outside of being here for work, I could see myself starting a life here. I feel so much love in this community,” he said. “I just want to continue to grow that.”

This is a big reason why he wanted to become an ambassador of the #SheIsYourNeighbour project. He believes that nurturing a strong community involves educating people about issues that the community is facing – issues like domestic violence.

“With this project, we want to have a healthy home body and a healthy community body, so it’s important that we educate.”

“The healthiness of our community starts in the home,” Cavell explained. Before we can create a healthy community, we need to be clear on what that means, he said.

“You won’t know how to be healthy if you don’t go to health class, go to the doctor, and become educated on how to take care of your body,” he said. “With this project, we want to have a healthy home body and a healthy community body, so it’s important that we educate.”

He continued, “You go to the dentist to get a healthy mouth. You have to go to the source to learn about it and then achieve it. Right now, this project is a source and that’s why I want to help push this out into the community.”

Moving out of the Dark

Cavell said that as soon as he began working with Women’s Crisis Services, he realized how much he had to learn about domestic violence.

“After our initial meeting, it opened my eyes to the various types of domestic violence that I was just completely unaware of. It made me want to learn more so that I can conduct myself in a more healthy way in relationships that I’m going to be in, whether it’s a serious committed relationship or just my interactions with women in my life,” he said.

Learning about the many forms of domestic violence had a big impact on him. “To have my eyes open to that now, I know without even recalling specific situations that I’ve seen it far too many times,” he said.

“We tell ourselves we’re not in an unhealthy situation or relationship, but we don’t even know because we haven’t even educated ourselves.”

“I’ve witnessed physical domestic violence. I’ve witnessed emotional and verbal abuse. I’ve witnessed what I  – or the people in the situation – may have thought was just an argument, but they were just so used to that way of arguing that they wouldn’t classify it as abuse or violence,” he said.

Without education, people are left trying to navigate relationships in the dark, he said. “We tell ourselves we’re not in an unhealthy situation or relationship, but we don’t even know because we haven’t even educated ourselves,” he said.

Cavell thinks this is something that impacts all people. “We don’t always recognize unhealthy behaviours in our relationships. So I really think it’s important for us to seek that education so that we can definitely say and know that we’re striving towards healthier relationships.”

He said having the desire to learn and to change is the first step in the right direction.

“I hope that people have that desire to be better. It doesn’t always mean that you’re going to be better with or for the person that you’re with – but at least you’re becoming more sensitive to who you are and how you are affecting other people,” he said.

The Mindset of an Athlete

Coming from the world of professional athleticism, Cavell said he has had to retrain certain mindsets that he carries with him, in order to be more sensitive to how he is impacting others.

“As top level professional athletes, we condition ourselves to think certain ways and be certain ways, not knowing how they affect the people around us sometimes,” he said. “We are trained to hijack our minds to push through and persevere with a certain sternness that can bleed over in wrong ways to those more intimate facets of our lives.”

This is why it’s important to be able to identify what behaviors and thought processes can be harmful in relationships. For instance, Cavell said “Coaches have come at me extremely verbally strong but I wouldn’t take that personally, I wouldn’t take it as verbal abuse. It’s just, that’s what is motivating me and is getting the job done, it’s reaching me. That is not true for everybody.”

He emphasized that athletes need to be wary when carrying certain mindsets into other areas of their lives. “If we have a child in our lives, a spouse, or a significant other and we want to motivate them, we might tend to use some of those motivational tactics that we would use in our sport. It doesn’t work that way,” he said.

“We have to take a different approach because this isn’t a game, this isn’t sports. This is life, family life, and we have to be sensitive to that mindset and know where to place it, when to use it, and with whom we can use it,” he stated.

Cavell said this is why it is crucial to raise awareness about domestic violence in our community.

“If we’re not educated on what certain things look like, sound like, or feel like around domestic violence, then the mindset that we must have to compete at a high level could actually lead to these different forms of domestic violence without us having a clue,” he said.

Cavell thinks that like many athletes, men in general have their own form of reconditioning they need to work through. “We need to take a step back from the way we’ve intentionally or unintentionally conditioned ourselves to perceive the relationships or interactions that we find ourselves in, to pause for compassion,” he said.

“We’re so driven and hard wired to persevere, push through, fight, and to have a harder edge to our approach to life,” he explained. “Just take time to pump the brakes on that. Have a softer eye and a softer heart for how we live, how it affects the people in our lives.”

For Cavell, a healthy community is a compassionate community. Therefore, being a good neighbour means offering support to the people around you. “It’s not always support in the way that you think you should be supporting. It is support in a way that person needs,” he said.

In order to truly support somebody, he said you have to try to understand where they’re coming from and the situation that they’re in.

“We also have to listen to these victims. Or even if we don’t know that they’re victims yet, listen to people who confide in us, with a desire to be understanding of their point of view, and with compassion,” he said.

Doing this will help us continue to grow as individuals and as a community, spreading the love that Cavell says is already so strong in our region.

About the Project
Donate Today
Neighbour Tips
Skip to content